Written and performed by Sarah-Louise Young

'Even your critic found herself, unprecedentedly, singing along. My cheeks hurt with smiling.' **** Daily Telegraph

'The hills are alive with the sound of singalongs and gags in this witty, affectionate tribute.' **** Evening Standard

'Dame Julie, you suspect, would approve. This is an evening that ends in triumph, not in tears.' **** The Times

'Perfect not just for Julie Andrews nuts but also as a Christmas seltzer for musical theatre fans.' **** Daily Mail

Adored by millions, Dame Julie Andrews is a genuine showbiz icon across the globe. This charming yet cheeky cabaret takes an engaging look at fame and fandom, through the eyes and voice of award-winning singer, West End actress and Fascinating Aïda star, Sarah-Louise Young.

Julie's songs from musicals including Mary Poppins, The Sound of Music and My Fair Lady are intertwined with stories and anecdotes about Andrews' own life, from her beginnings as a child star to the recent challenges of losing her famous singing voice. What emerges is a delightfully funny and candid love letter to a true show business survivor.

Named one of Time Out's Top Ten cabaret performers and awarded Best Musical Variety Act in the London Cabaret Awards, Sarah-Louise is joined at the piano by long-term collaborator, Michael Roulston. Together they have appeared previously at the Crazy Coqs in their sell-out shows, 'Songs For Cynics' and 'Two Faced'.

The show premiered at the Edinburgh fringe 2013, transferred to Trafalgar Studios in London later that year prior to a major UK tour, and was part of the inaugural Best Of The Edinburgh Festival season co-produced with David Mirvish at the Panasonic Theatre, Toronto, in October 2014. This run coincides with the 50th anniversary of The Sound Of Music film.

By arrangement with One Eyed Man Productions and Seabright Productions. 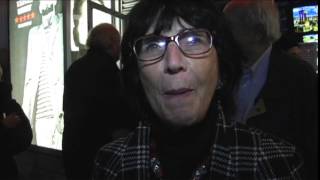