"…two hours of pure magic, with Colin Billing a definite asset on piano. Let's hope he comes back for a full week next time." Musical Theatre Review

"When God created musicals, it was because he knew that Tim Flavin would come along." The Scotsman

After playing a sell out performance at Crazy Coqs in 2013, the very talented and popular Tim Flavin returns with his new show REFLECTIONS OF A SONG AND DANCE MAN. Delivering a wide range of musical theatre genres to illustrate a career spanning five decades, Tim will sing songs penned from writers such as Gershwin, Berlin, Herman, Sondheim, Bricusse, Rogers and Hammerstein, The Beatles and Stephen Schwartz.

Tim Flavin is the first American actor to be presented with the Laurence Olivier Award for his performance in Rodgers and Hart's On Your Toes at the Palace Theatre. Other West End credits include the role of Billy Buck Chandler in My One and Only for which he was again nominated for an Olivier Award for best actor in a musical. The role of Bobby Child in Crazy For You at the Prince Edward Theatre garnered another best actor nomination. Most recently Tim appeared as Julian Marsh in the Curve Theatre (Leicester) production of 42nd Street.

REFLECTIONS OF A SONG AND DANCE MAN will without doubt be a wonderful evening of song and reminiscence from one of Britain's favourite hoofers. 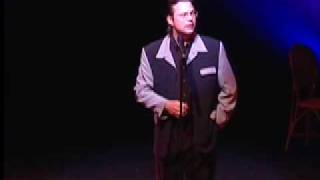