'The lyrics are sparkling, clever and deliciously witty' The Scotsman

'These two are at the top of their game. See them if you can, in any show they offer. They are simply London's comedic musical cabaret at its best' Cabaret Scenes

'The charismatic grace, jovial beat and glittering splendour with which the pair deal with the small and the mundane is heart-warming, comforting and immensely uplifting'. The Up and Coming

Beat the January blues with The Best Bits Of Roulston & Young - a night of scintillating musical comedy from Sarah-Louise Young and Michael Roulston as they share some of their best loved original songs to lift your New Year droop.

Described as a 'Flanders and Swann for the 21st century' (The Stage), their comic and bitter-sweet chansons have entertained audiences around the world, including New York, Berlin and the prestigious Adelaide Cabaret Festival.

Their 'assured song-writing and deft characterisation' (TIME OUT, Critic's Choice) won them 'Best Musical Variety Act' in the London Cabaret Awards and they have written with Fascinating Aida and appeared on BBC Radio.

'The Best Bits' will include songs from their two previous sell-out runs at the Crazy Coqs, ('Songs For Cynics' and 'Two Faced') as well as a few new numbers hot off the press. 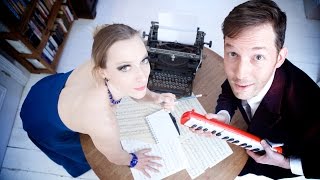