"When you first hear Steven's Simply Barbra, for the first brief moment, you almost think, 'My God! Is that really her?' It's so captivating! Not only does he have a wonderful take on her and this ability to imitate her, he also captures a lot of moments and nuances that are terrific. It was very impressive." Marvin Hamlisch

"He's been doing his Streisand for so long, he's better at it than she is!"

"...you really do sense that the lady herself is in the room." The Times

Want to see the real Barbra Streisand? Steven Brinberg's fans think that he gets closer to the superstar than she does. Due to phenomenal demand, Steven Brinberg returns to Crazy Coqs with Simply Barbra, a show to celebrate the 50th anniversary of Funny Girl, which opened on Broadway in 1964 and came to London two years later. The internationally acclaimed film version, which was nominated for 8 Tony Awards, followed in 1968. Musical director Nathan Martin and a different West End guest star accompany Brinberg each night.

Steven has been acclaimed for his vocal performance of Barbra Streisand all over the world for over a decade. In addition to touring around America, he has played extensively in England, Ireland, Scotland, Australia, Spain, Mexico and Canada...more cities then the real Barbra!

He has also appeared in numerous symphony concerts with the late Marvin Hamlisch and sang at Stephen Sondheim's birthday concert at the Library of Congress in Washington DC. He has released two CDS Live in London and Duets and has appeared in films such as Camp and Boys Live and in a concert version of Funny Girl on Broadway, featuring Whoopi Goldberg, Kristin Chenoweth and Idina Menzel. 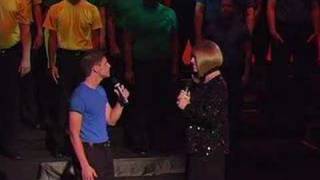