"When you first hear Steven's Simply Barbra, for the first brief moment, you almost think, 'My God! Is that really her?' It's so captivating! Not only does he have a wonderful take on her and this ability to imitate her, he also captures a lot of moments and nuances that are terrific. It was very impressive." Marvin Hamlisch
"Absolutely brilliant! Affectionate and wickedly funny."  Time Out
"Quite extraordinary... Simply irresistible." What's on Stage

Due to phenomenal demand, Steven Brinberg returns to The Crazy Coqs to celebrate the 15th anniversary of his record-breaking London debut with his SIMPLY BARBRA Greatest Hits show. Musical director Nathan Martin and a different West End guest star accompany him each night.

Steven has been acclaimed for his vocal performance of Barbra Streisand around the world. In addition to touring all over America, over the last decade he has also played extensively in England, Ireland, Scotland, Australia, Spain, Mexico and Canada... more countries than the real Barbra!

He has also appeared in numerous symphony concerts with the late Marvin Hamlisch and sang at Stephen Sondheim's birthday concert at the Library of Congress in Washington DC. He has released two CDs - Live in London and Duets - and has appeared in films such as Camp and Boys Live and in a concert version of Funny Girl on Broadway, featuring Whoopi Goldberg, Kristin Chenoweth and Idina Menzel. 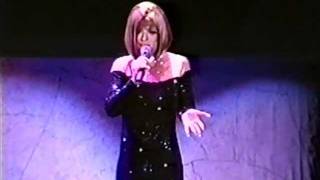