"Barbra Streisand impersonators are a dime a dozen ... However, Steve Brinberg is something quite extraordinary: whilst many look like her, he has the voice to boot and that's what makes Simply Barbra simply irresistible." Cabaret Scenes

Steven has enjoyed London runs at The Playhouse, The Arts Theatre, SoHo Revue Bar, Charing Cross Theatre, Leicester Square Theatre and a run at The Jermyn Street Theatre, which broke all house records.

He was hired by Barbra Streisand's management to sing at Donna Karan's birthday party. SIMPLY BARBRA has toured all across the United States, UK, Australia, Mexico, Canada, Thailand, Spain ... in fact, more cities than the real Miss Streisand. Steven appeared in numerous symphony concerts with the late Marvin Hamlisch and sang at Stephen Sondheim's birthday concert at the Library of Congress in Washington DC. He has released two CDS Live in London and Duets and has appeared in films such as Camp and Boys Live and in a concert version of Funny Girl on Broadway, featuring Whoopi Goldberg, Kristin Chenoweth and Idina Menzel. 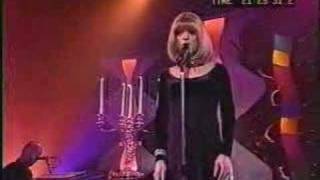