"A commanding, willowy presence, Sullivan captures that rare combination of vulnerability and worldliness." The Times

Sullivan grew up in Oklahoma, the seventh of eight children, in a wildly musical family. She has won numerous awards, including The MAC Award (2015) for Major Artist, The Nightlife Award (2014) for Best Female Vocalist and The Lamott Friedman Award for Best Recording for It's a Good Day - A Tribute to Miss Peggy Lee. She has toured the world with her band, as well as in a duo with the revered pianist Jon Weber. 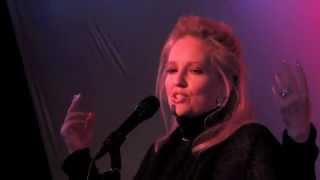