FROM CLASSIC... TO COWARD... TO CURRENT includes favourites old and new, from Mozart to Music Hall, plenty of comedy, musical theatre and a few surprises along the way. Olivier Award-nominee Sophie-Louise Dann brings an evening of sparking musical entertainment embracing a wealth of musical styles. Having performed this one-woman show in New York and Los Angeles, it is now London's turn.

Sophie Louise is back in London after her successful run as Dot in Stephen Sondheim's re-orchestrated production of Sunday in the Park with George at the Theatre du Chatelet in Paris. Her career encompasses the worlds of opera, theatre, radio and film. From Lend Me a Tenor for which she received the 2012 Olivier Award nomination for Best Supporting role in a musical, to Forbidden Broadway!, Ivor Novello's Gay's the Word! and innumerable leading Gilbert and Sullivan roles for D'Oyly Carte Opera, her beautiful voice and comedic skills have given her many opportunities to shine.

On the concert platform, she has headlined at Royal Albert Hall, Royal Festival Hall, Bridgewater Hall and Birmingham Symphony Hall. A regular guest on Radio 2's Friday Night is Music Night, Sophie Louise has appeared with the BBC Concert Orchestra in Patience, Sondheim at 80 (BBC PROMS), Carousel, On your Toes, Pal Joey, More of Loesser (Radio 3). 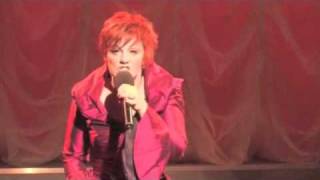