Sally Ann Triplett makes a welcome return with her show ELEPHANTS TO BROADWAY AND BACK AGAIN.

Join Triplett as she takes a journey through her colourful career, from her appearance at The Eurovision Song Contest in 1980 to the West End, where she starred in Cats, Chicago, Mamma Mia, Guys & Dolls and many more, as well as her award-winning performance in Anything Goes at the Royal National Theatre and Theatre Royal Drury Lane. Elsewhere she has appeared in stage productions including Rags, Oliver! Snoopy and Cabaret, as well as her one-woman cabaret show at London's Pizza on the Park.

Triplett started her career as a professional circus performer, transferring to musical theatre in light of her impressive singing skills.

Earlier this year Triplett appeared in the Broadway show The Last Ship, playing the wife of Sting, who also wrote the music and lyrics. She will shortly be starring in A Damsel in Distress at Chichester Festival Theatre. 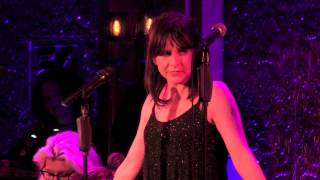