The man from Savannah, Georgia first found fame as a singer with the Paul Whiteman and Benny Goodman bands and went on to write an estimated 1,500 songs in collaboration with some of the greatest composers of the age, including Hoagy Carmichael, Harold Arlen and Henry Mancini, receiving four Academy Awards in the process. He also founded Capitol Records, launching Nat 'King' Cole's international career in the 1940s and was responsible for Sinatra's greatest albums in the 1950s.

Singing is a distinctive part of Welsh national identity and indeed Phil has been singing for most of his life, making numerous appearances in Wales and increasingly in London. He sings with several ensembles, including Chepstow Community Big Band, a jazz trio, the Welsh Musical Theatre Orchestra and the Pirate Jenny Cabaret Ensemble. In the past year he has performed at the Welsh Proms, Pride Cymru, Pride in London, California Jazz Conservatory and at the Pheasantry, Chelsea.

Phil's theatre credits include Howard Goodall's "Love Story: the Musical", Coward's "Waiting in the Wings" and most recently he played the role of Joe Gillis in the Newport Operatic production of Andrew Lloyd Webber's "Sunset Boulevard".

Phil will be accompanied by his trio, with Alex White on piano, Gareth Creed on bass and Coren Sithers on percussion. 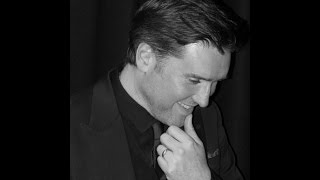