"You won't see a classier rockier cabaret, and as I always say, if you've never seen Straker live, don't hang about." Whats On Stage.

"For fans of Brel, fans of Straker and fans of music, this show should not be missed." BroadwayBaby

Often described as having one of the most extraordinary voices in British Musical Theatre, Peter Straker, who has had a sensational and varied career in show business, makes his debut at Crazy Coqs with PETER STRAKER SINGS.

The evening features incredible songs ranging from Hair to Harry Belafonte, Randy Newman, Jacques Brel and even Rock 'n Roll, whilst including some fascinating anecdotes of his experiences along the way.

Prepare to be entertained, seduced and electrified by an artist whose career has spanned over fifty years. Straker shot to fame after his performance in the original production of Hair on Broadway in '68 and since then he's performed in numerous musicals including The Rocky Horror Show, Ken Hill's The Original Phantom Of The Opera, The Wiz, Piaf, The Rat Pack and Cinderella. He has appeared in TV shows such as Doctor Who and several of his albums were recorded and produced by his close friend Freddy Mercury. Most recently he has enjoyed sell out shows with his stupendous Jacques Brel concerts. 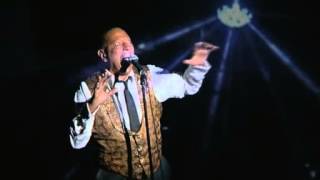