Award-winning singer and musical theatre star Patti Boulaye presents her autobiographical show in which she tells her life through songs that have influenced her and that she has sung as a West End leading lady.

It is a trip down memory lane for this very popular performer. Patti made her West End debut in the musical Hair. She featured in Two Gentlemen of Verona and her first starring role was as Yum Yum in The Black Mikado. Her recording of the show was described as "the performance against which all others must now be judged. It is one of those remarkable interpretations that makes all others pale and unsatisfactory by comparison."

After Patti's starring role in Bisi, Daughter of the River, said to be the biggest grossing African Movie ever made, she came to prominence as a singer winning the British ITV talent show New Faces. Patti's victory led to appearances on stage, film and television, including the starring role in The Music Machine, Carmen in Carmen Jones (The Old Vic and World tour) and Royal Command Performances. She also had her own series, The Patti Boulaye Show on Channel Four.

In 2003, Patti produced her West End musical Sun Dance, for which she wrote all the music. Patti has released 9 albums and 25 singles to date. She is the founder and President of the charity 'Support for Africa', which has built 5 clinics in rural Africa. 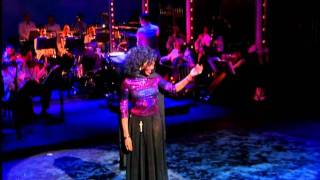