Born to legendary entertainer Judy Garland and producer Sid Luft, Lorna Luft's acclaimed career has encompassed virtually every arena of entertainment. Lorna began her career at the age of eleven on her mother's TV show and has flourished ever since. A celebrated live performer, stage, film and television actress, best-selling author, recording artist and Emmy nominated producer, she continues to triumph in every medium, with critics labelling her one of the most vibrant, versatile and exciting artists on the stage today.

AN EVENING WITH LORNA LUFT features Lorna in an intimate setting, performing some of stage and screen's beloved standards from Burt Bacharach, Hal David, Jerry Herman and many others.

From her early work with her mother to spectacular concert performances, acclaim on Broadway and on television, Lorna proves again and again that she is a stellar entertainer and humanitarian, proudly carrying the torch of her family's legendary show business legacy. 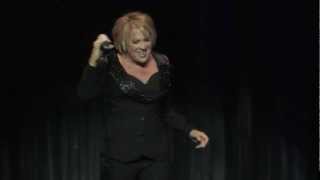