"Quite simply, Shireen is one of the best British Jazz Vocalists of this generation." BBC Radio

"(Dominic Grant is) a truly amazing guitarist who just oozes warmth and rhythm." Time Out

Born in London of Jamaican and Goan Heritage, Shireen Francis learned her craft in Afro-Caribbean music, but in recent years her jazz singing, inspired by artists such as Ella Fitzgerald, Sarah Vaughan and Nancy Wilson, has led her in a different direction. She is a hugely popular vocal teacher and coach. During her 20-year career Shireen has performed at venues such as Ronnie Scott's, Royal Festival Hall, Royal Albert Hall, 100 Club, 606 Club.

Dominic Grant worked with his father "Cy" Grant - the Guyanese actor, musician, writer and poet, TV personality and civil rights barrister - on radio, before leaving for America in 1981. There he has worked extensively on the West Coast, particularly in Los Angeles and Las Vegas as well as in Europe, working with some of most eminent musicians in jazz and Caribbean music.

The LondonJazz TransLATES series is devised, and the singers and songs will be introduced and explained by jazz journalist, Sebastian Scotney, editor of LondonJazz News. 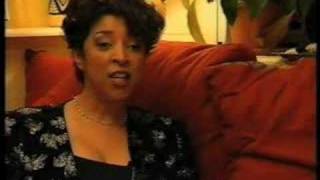