"Bright sunshine on a clear spring morning: that upbeat weather report describes the voice of Liz Callaway. Listening to her sing is like watching Ellen DeGeneres on a good day. You can't help feeling a little more hopeful". The New York Times

AN EVENING WITH LIZ CALLAWAY signals the London return of the major American concert and recording artist and will feature music by Stephen Sondheim, Stephen Schwartz, Maltby and Shire, Rodgers and Hammerstein, as well as by Jimmy Webb, Tony Hatch and others.

"The most fascinating performer to come down the pike since the infant Bernadette Peters" is how critic Clive Barnes described Liz Callaway when she burst onto the Broadway scene over 25 years ago. Since then the Tony nominated and Emmy Award winning actress has gone on to star in numerous shows including Baby, Miss Saigon and Cats. She has also established a critically acclaimed career as a singer and recording artist.

From New York to Sydney, Beijing to Paris, she has appeared in many of the world's greatest concert halls with several of the most famous symphony orchestras. She has also created a third career, as the singing voice in many notable animated movies including Beauty and the Beast, Lion King II and most especially as the title voice in the Oscar-nominated Anastasia. Finally, she performed the highly lauded Sibling Revelry in the US and here at the Donmar with her award-winning sister Ann Hampton Callaway, as well as the recently recorded, and now touring show, Boom! 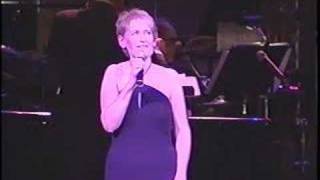