"Lovers of the jazz vocal mainstream have another star to follow." Jazzwise Magazine

"His voice is an irresistible mix of Sinatra, Bennett and Bublé, backed by a world class band." Jazz FM

"Jazz pianist Leon Greening epitomises the assured confidence of a new generation. Catch him when you can." Jazz Journal International

One of the most individual male jazz voices to emerge on the UK jazz scene recently, and with a reputation for a seemingly endless supply of subtle wit and ad-lib, charismatic jazz singer/songwriter Kevin Fitzsimmons performs a blend of West Coast cool, hard swinging and blues-tinged ballads.

Along with his band, Fitzsimmons delivers a sassy new take on artists including Mercer, Strayhorn, Jobim and Porter, as well as new jazz translations of tunes from likes of The Beatles, John Martyn, Sam Cooke and Billy Preston (some co-written with Jools Holland saxophonist Derek Nash).

Kevin Fitzsimmons is a London born jazz singer, lyricist, entertainer and producer. His album Show Me The Way was released at the end of last year to critical acclaim. Since 2011, he has been frontman of hit show Sinatra Sequins & Swing, a touring concert based on Sinatra's supreme years in the 50s. 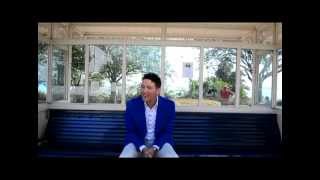