"if you are a fan of Doris Day, a must" STAGEWON
"Oberlin's version of 'Secret Love' ... is one of the best versions ever" CLASSICAL SOURCE

"SECRET LOVE: A TRIBUTE TO DORIS DAY" will not only include beloved favourites such as "Que Sera, Sera," "Sentimental Journey," and the title song, "Secret Love", but also many rare, poignant songs that show the many sides of this intriguing icon. In this exciting show, Oberlin will delve deeply into the life and music of Doris Day, from having a baby as a teenager, touring with a big band, to her tumultuous marriages and becoming the highest paid woman in Hollywood history, while recording sensational songs throughout her varied career.

The New York Times has called Oberlin's hit tribute show "widely admired" and called her "a jazzier inheritor of Doris Day's impeccable pop style." She has often been compared to Ms. Day in her work as a vocalist and Oberlin couldn't be happier, as she says: "Doris Day is one of our greatest artists, and although she is truly American, like apple pie and jazz, she reaches the hearts and minds of people all over the world,"

Oberlin, who appeared in an opera at the age of six and hasn't stopped singing since, performed in the hit off-Broadway show Our Sinatra over 100 times. She has many theatrical, film and television credits, including performing in the first staged version of the now-legendary Broadway show RENT and playing a recurring nurse on the American soap opera All My Children. Oberlin, has headlined at all the New York premier cabaret and jazz rooms and has toured worldwide. She has been the recipient of Nightlife, MAC and Bistro Awards and she is a recording artist with three CD's and is currently busy with her fourth. 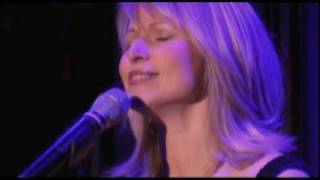