"The power and poignancy of As If We Never Said Goodbye from Sunset Boulevard is possibly worth the ticket price alone." The Stage

"Mason has a voice that lifts the room to some new astral plane!" Village Voice 2002

Karen Mason makes her UK debut at The Crazy Coqs with her show RIGHT HERE, RIGHT NOW, singing some of her favourite songs from Broadway and by some of her favourite songwriters. Included will be well known and popular numbers such as Something's Coming, It Had To Be You, When In Rome, Colored Lights, He's Got A Way, All That Jazz, Just In Time and The Man That Got Away.

Karen has starred on Broadway and Off-Broadway, and is a ten -time MAC Award winner and has won the MAC Award for Major Female Vocalist of the Year for six consecutive years. She has also won the 2006 Nightlife Award for Major Female Vocalist and has three Bistro Awards. Most recently she garnered rave reviews starring as The Queen of Hearts in Wonderland on Broadway and she originated the role of Tanya on Broadway in Abba's Mamma Mia! She has shared concert stages with Michael Feinstein, Jerry Herman, Chita Rivera, Luciano Pavarotti, Rosemary Clooney, Liza Minnelli, and Kander & Ebb, among others. 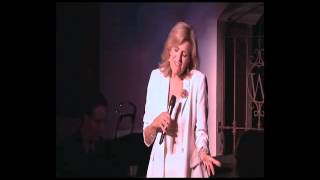