"As cosmopolitan a work of musical theater as I can remember… it is Ms. Kohler's exquisite taste in songs and her band's ability to play them in any style that leaves you open-mouthed with admiration." The New York Times

Prepare to be transported by German-American singer/actress Karen Kohler in DAS KABARETT as she presents the songs of cabaret hotbeds Berlin and Paris, and blends them with their modern counterparts. Singing in five languages, her chosen composers range from Kurt Weill, Friedrich Hollaender, Charles Dumont, Edith Piaf and Jacques Brel, to contemporary story-tellers Leonard Cohen, Nick Cave and more.

Born in Germany, raised in New York and a Texan for 15 years, the iconoclastic Karen Kohler has won all three major New York cabaret awards - Nightlife, MAC and twice the Backstage Bistro - and has performed in cabarets and concert halls across the U.S. and worldwide. As a singer and actress, she is known for bridging distinctly different sensibilities and songbooks with art that is as intellectually penetrating as it is sensual and provocative. 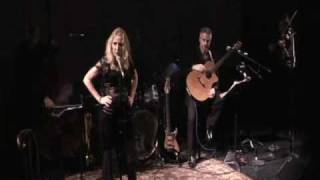