"Judy Carmichael is a great entertainer. Her playing is masterly and her linking material show her to be a raconteur in the Ustinov mold." BBC Radio
"Astounding, flawless and captivating." The New York Times

The jazz legend Count Basie used to call her "Stride," and her early supporters included the likes of Sarah Vaughan and Benny Carter. Judy Carmichael has established herself as an unlikely, but thoroughly authentic practitioner of early jazz piano styles in general and stride piano in particular.

Carmichael's show HIGH ON FATS AND OTHER STUFF features swingin' music, sultry vocals and lots of humour with the music of Fats Waller, Hoagy Carmichael, Count Basie and other swing era greats.

Judy Carmichael is one of a handful of musicians who approaches jazz from a perspective of its entire history. Choosing to study jazz piano from its early roots on, she explores the music deeply, infusing it with a "fresh, dynamic interpretation of her own" (Washington Post). She has played in a variety of venues from Carnegie Hall, to the Peggy Guggenheim Museum in Venice (the first concert ever presented by the museum) to programmes with Joel Grey, Michael Feinstein, Steve Ross and the Smothers Brothers. In addition, Carmichael has done comic skits and performed her music on radio and TV and performed private recitals for everyone from Rod Stewart and Robert Redford to President Clinton and Gianni Agnelli. 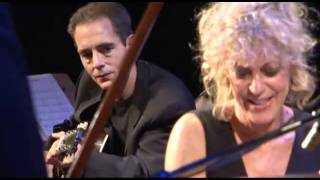