"Joyce Breach gets to the aesthetics of her repertoire, examining each stanza, turning both the rueful, obscure ballads...and the swinging vintage standards into one-act musical scenarios with polish and brio. Her singing is technically flawless and emotionally wrenching." Rex Reed, New York Observer

"Joyce Breach's… singing is so intimate, so direct, and so personal - anything but theatrical, in fact - that she makes you think that every song she sings is a slice of autobiography." Will Friedwald, The Wall Street Journal

Joyce Breach's unique sound has been described as everything from peachy, to warm honey and scotch neat, hold the ice. Which is only one reason why her fans are unusually devoted and she acquires new ones with every performance.

Breach is perhaps best known for her ability to choose exceptional material from the Great American Songbook, mixing well-known standards with overlooked or neglected treasures that deserve to be heard. Expect the unexpected from Joyce in her show LOVERS AFTER ALL at The Crazy Coqs,

Just as the 2012 Bistro Award Winner for Ongoing Vocal Artistry was putting this show together, she heard the sad news that her friend, the composer, song-writer and pianist, Sir Richard Rodney Bennett had passed away. She immediately decided to name her show in tribute to him. In addition to Bennett's songs, Lovers After All features songs by American composers such as Irving Berlin, Cole Porter, George and Ira Gershwin, Cy Coleman and Johnny Mandel, as well as those by British stars Anthony Newley and Leslie Bricusse. 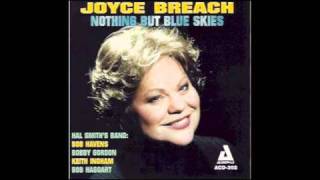