"One of this country's finest musical theatre actors." The Stage

John Barr made his West End Debut at the age of 12 in Oliver at the Albery Theatre. Since then he has had a varied career, appearing on Stage, TV, Film, Cabaret, Concerts and Recordings. Career highlights include in the West End & Fringe: Ed Kleban in A Class Act, for which he was nominated for Best Male Performance - Offie Awards (2013), Tateh in Ragtime, Charles Guiteau in Sondheim's Assasins, in which he was also nominated for Best Male Performance; Greta in Martin Sherman's Bent. He was an original cast member in Aspects of Love and played Feuilly in Les Miserables in the 1988 Company at the Palace Theatre. As well as a very active career in Rep and on tours, John has appeared in a number of films, including Les Miserables and The Catch. He has recorded 5 solo CDs, as well as featured on a number of cast recordings, and was a principal cast member of BBC Radio 2's Musical Series - Simon in Jesus Christ Superstar with Roger Daltrey, Bill Calhoun in Kiss me Kate with Julia Migenes, Motel in Fiddler on the Roof with Anthony Newley, Paul in A Chorus Line with Donna McKechnie & David Soul. He is a regular guest on Songs from the Shows and Friday Night is Music Night. 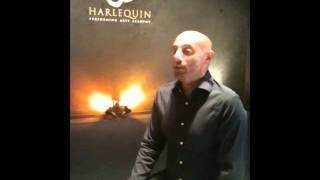