"Songs at the piano don't get much sharper than this...Whether he's performing his own material or reshaping an old favourite." The Observer
"A truly remarkable singer songwriter, not to mention outstanding piano player… remarkable." Sir Michael Parkinson
"Not since Oscar Peterson's halcyon days have I heard a jazz piano player who could be compared to such a great artist in both technique and inspiration." Sir John Dankworth

Each month, the very talented singer, pianist, composer and entertainer picks a favourite composer/lyricist and mixes their songs with his own.

Joe Stilgoe is one of the world's finest singer-pianists, touring constantly with his band and as a solo act, having appeared at jazz clubs and festivals around the world. Last summer he made his solo debut at the Edinburgh Fringe where his show One Hour! was a sell-out and critically acclaimed.

His 2013 single Abracadabra shot to the top of the Jazz Charts. 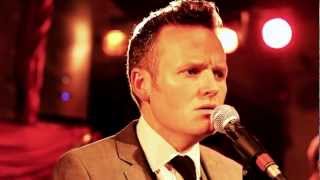