"... a pure magical voice emerges from one side of the room. Frances Ruffelle is starting as she means to go on… She doesn't just use the space, she crushes it under her high heels." ***** The Scotsman

"A funky, spunky evening that is playful and teasing, an unpredictable delight!" Sunday Express

Following run after run of sold-out performances, internationally acclaimed singer Frances Ruffelle returns with a brand new show to celebrate the launch of her album 'I Say Yeh-Yeh'. Produced by award-winning artist Gwyneth Herbert, the album is inspired by the cool sounds and hip grooves of 60s and 70s France and Britain. Join us for a joyful and nostalgic European road trip - with surprise special guests, and all the best vintages, naturally!

Frances is a celebrated stage actress and recording artist, known worldwide for her legendary performances as the original Eponine in Les Miserables and recently appeared in the new ITV series of Birds of A Feather. She has won multiple awards including the coveted Tony award. 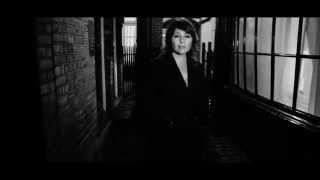