"Dave Willetts' truly remarkable voice is perfect." Daily Mail
"The whole audience were completely captivated by the brilliance of Willetts." New Jersey Times
"Dave WIlletts is the most exciting phenomenon to hit the West End stage for years." The Daily Telegraph

For over 25 years, Tony Award Winner Dave Willetts has been one of this country's leading musical theatre stars. Critics and peers alike have praised him both nationally and internationally for his worldwide performances in some of the most renowned musicals of our time. AN EVENING WITH DAVE WILLETTS will feature some of the greatest songs from some of the best Broadway and the West End shows, sung in his own unique and inimitable style, with a few surprises along the way.

Willetts was the first person in the world to play the leading roles in the two most successful shows of recent times; Les Miserables (London and Australia) and Phantom of the Opera (London and Manchester) for which he won the Evening News award for best performance. His other leading roles include such shows as Cats, Jesus Christ Superstar, Ragtime, Someone Like You, Seven Brides for Seven Brothers, Sweeney Todd, Follies, Sunday In The Park With George, Let Us Fly, South Pacific, Sunset Boulevard and 42nd Street.

He has many international concert appearances to his name, in Monterrey, Mexico City, Los Angeles, Rotterdam, Munich, as well as the Royal Albert Hall in London. He also has a successful recording career, with solo albums and numerous show albums to his name. 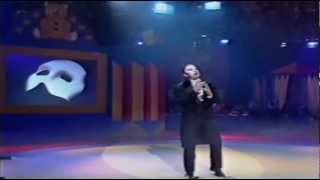