American singer, songwriter and pianist Charlie Wood performs a unique blend of jazz, blues and roots music. With an upcoming album (co-produced with Ms. Dankworth) set for release in October, Charlie is sure to debut some brand new original songs and roll out some jazz and blues classics at what will be his very first Crazy Coqs performance.

Wood's live shows always include a hefty helping of his own compositions, as well as his own interpretations of songs by some of his favourite artists, from Mose Allison to Professor Longhair and Billy Strayhorn to Elvis Costello.

Wood is a musicians' musician, having been declared "Entertainer Of the Year"during his lengthy residency on Beale Street in his native Memphis Tennessee, nominated multiple times in Downbeat Magazine's Reader's Poll, and even awarded his own Charlie Wood Day by the Memphis City Council.

His songwriting is a beguiling mixture of deep thought and deep South punctuated by sparkling wit, informed by a profound understanding of the poetic potential of song lyrics, and full of wry observations on the human condition from Wood's own warm yet incisive perspective

Wood is a veteran of the British music scene as well, performing at the London Jazz Festival's Jazz Voice at the Barbican, BBC Radio 2′s Friday Night Is Music Night at the Cheltenham Jazz Festival, Radio 2′s Jools Holland Show, and numerous theatres and music venues throughout the UK. He also performs frequently with his wife, renowned jazz vocalist Jacqui Dankworth, and serves as musical director in her band. Occasionally the pair even do rare duet concerts - watch out for them at Crazy Coqs's soon. 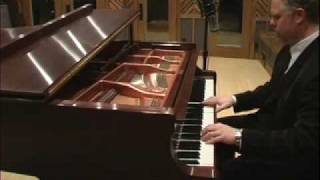