"She's the kind of girl who makes men loosen their ties and women shorten their skirts. You have been warned!" The Sunday Times

Charlie Bicknell became a household name playing 'Delilah' in BBC2's This Life and subsequently starred as 'Scout' in Ben Elton's West End hit Popcorn. Continuing to work as an actress for the National Theatre and rep around the UK, Charlie then moved into cabaret, performing all over the world. Most recently she received the accolade as being "the finest living exponent of Brecht" - Dudley Winterbottom, Chelsea Arts Club.

"Darkly brilliant." The Independent on Sunday
"Charlie Bicknell combines a gloriously dark sense of humour with an amazing voice. A great fun night out not to be missed!" The Observer
"Charlotte Bicknell is that rarest of epiphanies, a red-hot momma from the English shires. Cool, lithe, svelte and blonde, she has an unmistakable message: sex is fun, and I'm here to tell you all about it. With a jazz-tinged voice that sounds as if it's been lightly smoked and bubbled through gin, she belts out her songs as if born within hailing distance of the Mississippi." The Sunday Times
"Charlotte Bicknell is a classy young chanteuse in whom sex and wit, style and charm make a high octane mix. Lean way back in your seat and enjoy the ride." The Times
'It's alive, kicking, thriving, surprising , shocking and always delighting." Sue Arnold 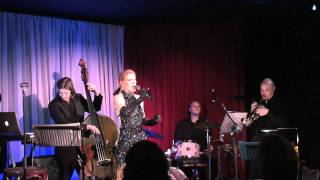