Battle of the West End is a fun filled stagey evening featuring a musical director and three West End performers as you've never seen them before.
All three take part in Act One with one being eliminated just before the interval by the audience who get to vote in a secret ballot.
The two survivors will battle it out in the Big Finale in Act Two.
Challenges will include :
That's Not My Show - Where each performer takes on a well known number from one of the other shows.
Everything Comes in Threes - An on the spot medley featuring all three performers chosen at random from the Musical Director.
The Musical Menu - The audience during the interval have the chance to pick from a Musical Menu. The performers do not know what's on the menu and will be assigned to perform a
'starter' which is a show tune from a brand new musical or the 'main course' a really well known show-tune from a classic musical. The 'dessert' will be a duet.
Hit the high note - The performers are challenged to perform songs completely
out of their range.
The Sing off Duet - One song sung by both performers taking on a bit each making it a full song.
The Big Finale - The two surviving performers get to perform a song of their choosing.
Following the Big Finale the audience once again get to vote on who should be crowned the winner! The prize is bragging rights for the performer and at each performance a member of the audience will be randomly selected from the secret ballots to win a bottle of bubbly.

Emma Hatton is most widely known as a leading lady in the West End, with credits such as Grizabella in Cats, Eva Peron in Evita, Elphaba in Wicked, Scaramouche and Meat in We Will Rock You, and Fantine in Les Miserables In Concert. Emma recently fulfilled some long-held ambitions, playing to packed audiences at her own show at the Cheltenham Jazz Festival; toured internationally as lead vocalist with the world-famous Post Modern Jukebox and supported Jools Holland in his 2019 UK tour. More information and links to purchase Emma's recordings can be found at www.emmahatton.com

Nicole Johnson (Musical Direction) is an award winning pianist/accompanist and vocal coach, with equal passions for both classical and musical theatre genres. She is a staff accompanist at Guildhall School of Music and Drama, where her specialisms are English Art Song and German Lied, and is also a vocal coach on the Musical Theatre pathway at London Studio Centre.

Matthew Harvey trained at Arts Educational Schools London and has appeared professionally in Les Miserables, Murder Ballad, Violet and, most recently, Jesus Christ Superstar at the Barbican. Outside of the theatrical world Matthew recently toured with Ramin Karimloo as his guitarist. 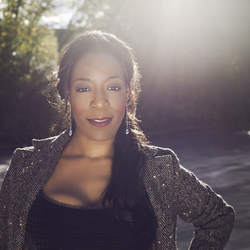 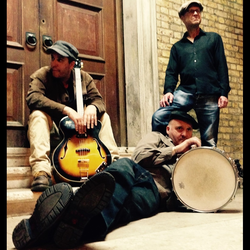