"For sheer vocal beauty, no contemporary singer matches Ms. Callaway." The New York Times
"Ms. Callaway is gifted with an amazing low voice, a miraculous level of musicianship, ears that can hear around corners, a gift for both arranging familiar standards and composing new ones, all of which works hand-in-hand with her sense of humour." The Wall Street Journal
"Callaway establishes herself as one of the best equipped jazz vocalists swinging today." Chicago Tribune

Gifted singer-songwriter, Tony Award-nominee and leading champion of the Great American Songbook, Ann Hampton Callaway brings her one-woman show to The Crazy Coqs. In DIVA POWER! she salutes the great ladies of song, including Ella Fitzgerald, Sarah Vaughan, Edith Piaf, Anita O'Day, Carole King, Joni Mitchell and Judy Garland. Selections include Over the Rainbow, People, How High the Moon, Tenderly, La Vie En Rose, Will You Love Me Tomorrow and A Case of You.

Hampton Callaway won the Theatre World Award and received a Tony nomination for her starring role in the Broadway musical Swing and made her Hollywood screen debut in Robert de Niro's The Good Shepherd.

She's written over 250 songs, including two Platinum Award winning hits for Barbra Streisand and the theme for the hit TV series The Nanny.

She performs the critically acclaimed acts Sibling Rivalry and Boom with Broadway star and recent Crazy Coqs' artist, her sister Liz Callaway, and their CD Boom! Live at Birdland was released to rave reviews. 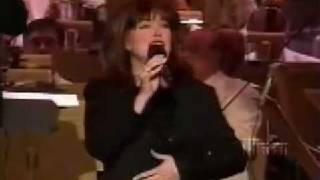