"The fastest-rising soprano in musical theatre...the firestarter for getting the Broadway world re-acquainted with its 'legit sound' -- the same crystal clear, open voice that Leonard Bernstein would have heard in his first 'Maria..." The Huffington Post

"The prodigiously gifted Alexandra Silber is terrific. A joy to watch and hear. " Time Out

2015 Grammy Award nominee (for West Side Story with Cheyenne Jackson) Alexandra Silber brings a unique intimate evening of entertainment, for what will be her only solo performances in the UK this year.

Alexandra performs with a different special guest each night. These are now confirmed to be:

1 Sept Howard Goodall (composer of Bend it Like Beckham)

4 Sept Simon Bailey (The Phantom of the Opera)

Born in LA, growing up outside Detroit, Michigan, Alexandra trained at the Royal Conservatoire of Scotland in Glasgow before being cast immediately on graduation to star in Andrew Lloyd Webber's The Woman in White in the West End. Her West End credits since included Fiddler on the Roof with Henry Goodman and Carousel with Lesley Garrett, for which she won a TMA Award for Best Performance in a Musical.

On Broadway she starred in Master Class with Tyne Daly, and other theatre in the US includes Love Story, and most recently Eliza Dolittle opposite Anthony Andrews' Higgins in My Fair Lady. Her screen roles include Law and Order SVU and Criminal Intent for NBC/Universal.

Alexandra has headlined at Carnegie Hall, and played Kate in Kiss Me Kate at the BBC Proms (screened on BBC2) at the Royal Albert Hall. For her run at Crazy Coqs, she will present an A-List suprise special guest every night. 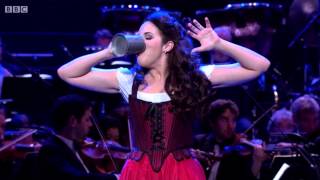