DUE TO UNFORESEEN CIRCUMSTANCES, THIS SHOW HAS BEEN CANCELLED.

Alexander Bermange is known to millions as the resident comic songwriter and performer on Radio 4's Broadcasting House and the World Service's Weekend. His funny songs - some topical, others timeless - have not only tickled national and international radio audiences, but have also acquired a formidable following through performances and recordings by dozens of West End stars.

Now Alexander makes his debut at The Crazy Coqs. He will be premiering an array of brand new material, in addition to presenting some of his best-loved comedic musical creations about second-rate singers, perverted pensioners, tube-travelling trainspotters, and popular personalities from Prince Harry to David Beckham.

Alexander, who has also received recognition for his many stage musicals (including The Route To Happiness, which has just been recorded by Kerry Ellis, Ben Forster and Louise Dearman and is due for release later this year) will be joined on stage by five leading ladies of musical theatre as special guests: Aimie Atkinson (Carnaby Street, Dirty Dancing, winner of the BBC Radio 2 Voice of Musical Theatre), Helena Blackman (Seven Brides For Seven Brothers, TMA Award nominee for South Pacific, Off West End Award nominee for Noel & Gertie), Sarah Earnshaw (Spamalot, Scrooge, Jekyll And Hyde, Wicked), Ashleigh Gray (Cool Rider, Wicked, The Secret Garden, I Dreamed A Dream), and Rebecca Trehearn (Ghost, Love Story, Dirty Dancing, We Will Rock You). 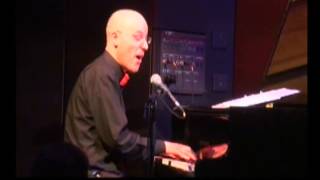