"Woody Allen would have been proud to have invented the character of American jazz violinist and diffident comedian Aaron Weinstein. In fact it would be hard to prove with any certainty that he didn't. Wisecracking violinists are a trope in American culture, on which Aaron Weinstein provides his own, pleasing, original take." LondonJazz News
"If I didn't hear and see him myself I wouldn't believe it. He's out of sight! He's a genius!" Jon Hendricks, Jazz Legend

Called "The Groucho of the Violin" by Tony Bennett and "a perfect musician" by jazz guitar legend, Bucky Pizzarelli, New York City jazz violinist Aaron Weinstein has earned a reputation as one of the finest jazz musicians and entertainers of his generation and the successor to such greats as Stephane Grappelli.

For his return shows at The Crazy Coqs, Weinstein will swing the Great American Songbook, while presenting his unique brand of deadpan humour, for which he's been dubbed "a disciple of Woody Allen" (New York Times) and "the 21st century Jack Benny" (Huffington Post).

Aaron is the recipient of a New York City Nightlife Award and New York City Bistro Award. He became the youngest jazz musician to have recorded as leader for the prestigious Arbors Records - a traditional jazz record label. In addition to performing and arranging, Aaron is also a bow tie rights activist. He lives in New York City. 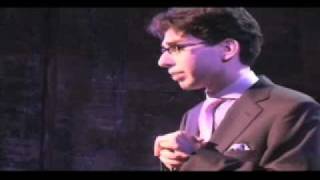 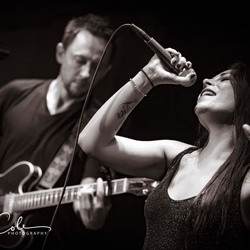