"The best kept secret in the jazz firmament. With her amazing vocal style and exciting stage performance, Zeeteah's unique blend of jazz and blues delivers a show made in heaven. Simply unmissable!" Larry Pryce

Crazy Coqs is proud to host the première of Zeeteah Massiah's new jazz album, MAYBE TOMORROW. In an amazing career, Zeeteah has had a Number One in the US dance charts and sung with legends such as Tom Jones, Leo Sayer, Phil Collins, Robbie Williams and Sting. She has starred in an award-winning West End musical, fronted the first Western band ever to play behind the Iron Curtain, and toured the world with Michael Jackson. Don't miss her electrifying live performance. 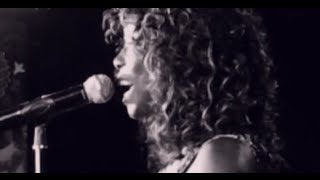